EasyTexttospeech.com is the fastest and easiest text to speech conversion service online

Convert text to talk for free

Text-to-speech technology, or TTS, is a kind of computer program that reads printed text and translates it into spoken language. TTS is a popular assistive technology for children and adults with learning disabilities and is found in schools, workplaces, and homes across the world.

TTS is also a powerful technology for businesses that need their content to be versatile. With the right TTS program, companies can create voice-over content for training videos, trade show announcements, and much more, all without having to spend money on voice talent.

In a world where multimedia content and versatility are becoming increasingly valuable, TTS can give your company an edge over the competition. But first, you need to know how it works and what it can do.

How do computers convert text-to-speech? 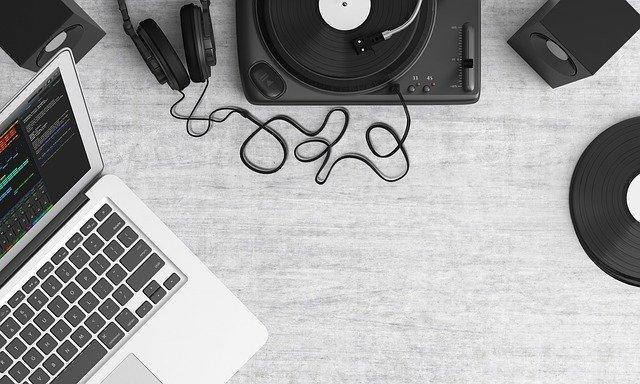 TTS technology is essentially a computer that can read aloud. It uses a type of artificial intelligence known as machine learning, which allows computers to perform tasks that they haven’t been specifically taught.

In the case of text-to-speech technology, computers learn to “read” by analyzing recordings of the human voice. To start, the system receives input of a narrator reading sample text that includes all of the sounds one might use in a certain language. The TTS program breaks the recorded text down into individual sounds, which are stored into what is known as an “acoustic database.”

TTS technology uses this acoustic database as a resource to reproduce written words. The database allows the TTS reader to correctly:

The goal is to convert text to audio so that the result is indistinguishable from human speech.

How has text-to-speech developed? 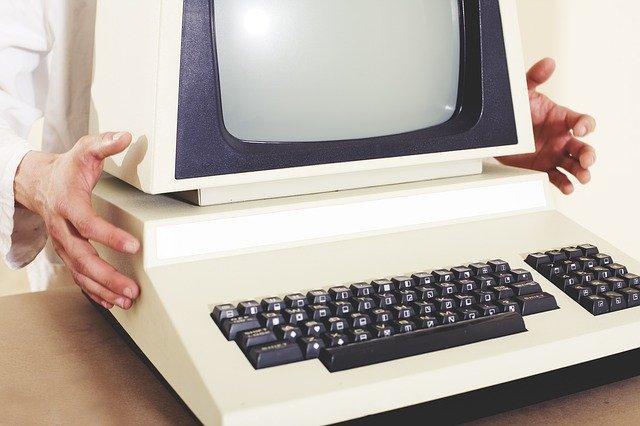 Text to voice technology has been around for more than half a century. The first speech recognition software was developed in 1952 and produced only spoken references to digits (like “six” and “nine”). Ten years later, a TTS software developed by IBM could understand 16 words.

By the 1970s, computer scientists had developed the Hidden Markov Model, or HMM, which drew on the concept of breaking down words into sounds for expanded recognition.

Since then, voice recognition and text-to-speech technologies have made giant leaps forward, largely thanks to voice search technologies like Apple’s Siri and Amazon’s Alexa. These technologies can understand speech in its context and verbalize coherent responses, both necessary elements of TTS.

How can businesses use text-to-speech software? 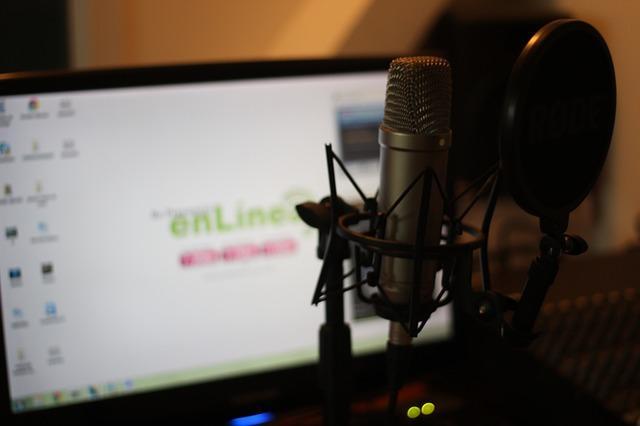 For companies that make smart use of their content, the uses for high-quality TTS tools are endless. Here are just a few.

You hear examples of artificial voice technology when you call a customer service line and get a recorded message. Many of these “recordings” are computer voices that sound relatively human but have limited functionality.

TTS lets companies take the recorded-voice concept to the next level. Instead of one-way communication with a static script, TTS-empowered bots can use information about a customer’s communications with the company to read aloud customized messages.

Customers have more personalized and satisfying interactions with brands, and customer service departments can reserve their human agents for more complex communications. 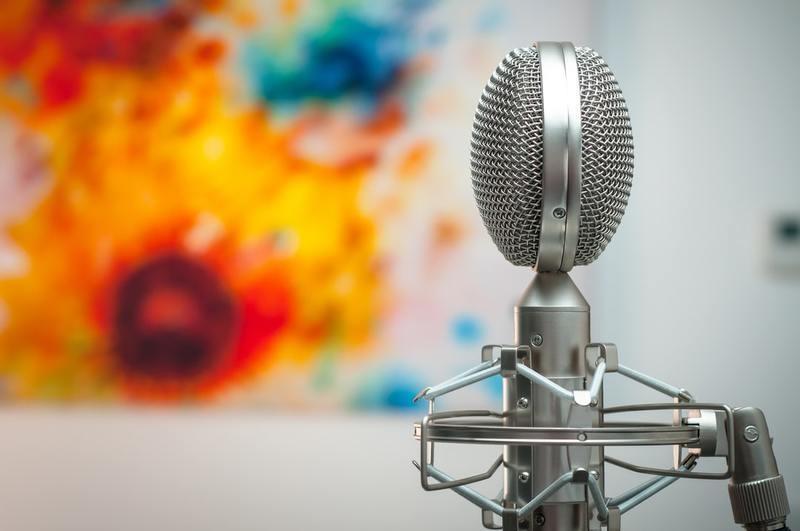 In 2017, Forbes magazine published an article on how voice actor selection can make or break a campaign. The interviewed actor recalled two artists that were ill-suited to the brand that hired them, and how the poor voice fit made commercials less effective.

TTS can help companies to avoid the potentially high costs of similar hiring mistakes. First of all, it’s easier to sort through databases of AI voices than to schedule auditions with multiple actors—especially since the most talented voice actors are in high demand.

More importantly, however, it is much easier for a company to select a new TTS voice to read the same script than to hire a new voice actor when you’ve already paid the first one. You also won’t be hurting anyone’s reputation or breaking any contracts when you switch out TTS voices.

The more voice content you have, the more economically beneficial it is to use TTS voices. When working with real human talent, recording more than one commercial often means multiple hires. Paid TTS tools are typically much cheaper and may even be free if your script is short enough.

Using the same voice to convert text to audio has many consistent benefits. People are used to associating vocal quality with identity. These associations matter in today’s business environment,

Contemporary TTS voices have distinct timbres and tones. The more advanced the TTS, the more nuanced the voice can be. These nuances are critical in today’s business world, where brand identity is so often equated with a persona.

The most well-known brands are recognizable in many of the same ways people are. They have attitudes, behaviors, values, quirks, and, with the aid of TTS, authentic vocal qualities. People strongly associate the sound of a voice with a personality, so a single TTS voice can go a long way toward solidifying your brand identity. 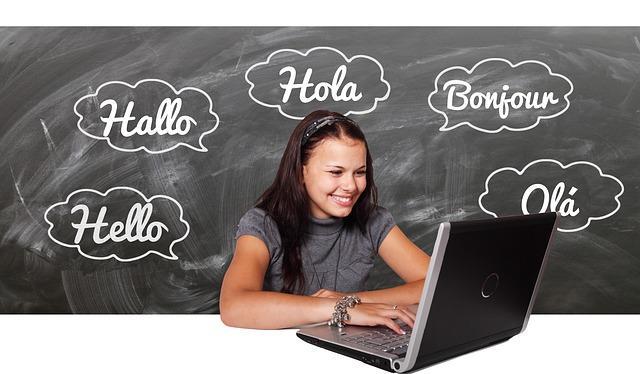 TTS software lets you read aloud the same text in multiple languages. Again, that means significant savings in personnel costs, since you no longer have to hire an actor for each new linguistic market you want to enter. The more markets you can afford to enter, the more revenue is available to you.

According to the US Centers for Disease Control and Prevention, more commonly known as the CDC, one in four Americans has some kind of disability.  Almost five percent of those with disabilities have serious trouble with vision, meaning that they struggle to see even when wearing glasses.

The US population at present is more than 329.8 million. This means more than 4.1 million people can’t see your printed content well enough to read it.

Others are unable to read due to learning disabilities or illiteracy. Estimates suggest that more than 30 million adults in the US are unable to read above a third-grade level, and more than 13 percent of the global population is functionally illiterate.  Moreover, up to 15 percent of Americans have dyslexia, a reading disability, and may choose not to read because they find it difficult to do so.

With a high-quality TTS tool, you could convert articles to audio and reach all of those people in ways your competition cannot. Add to that number the people who would choose your brand because you are more accommodating to individuals with disabilities.

When you add spoken content to learning programs, you do more than just reach people who identify as auditory learners. You also gain the many proven benefits of multimedia in learning because you can:

Also, consider the investment in training employees on how to work a piece of machinery or follow a certain procedure. Traditionally, the trainee would have to read the instructions and then apply the knowledge. Even when the trainee separates each step—reads and attempts each individual task—the learning outcome is often sub-optimal.

Now imagine the same instructions spoken aloud as the learner watches a video or animation of the procedure in question. Or, imagine the learner playing back the audio as they try the tasks themselves. This method, with visually demonstrated and read-aloud instructions, leads to more promising learning outcomes.

TTS can also convert articles to audio, allowing course developers to transform an otherwise dry printed text into something that literally speaks to learners. When you convert text-to-speech, your content becomes that much more engaging to audiences.

The best way to see what TTS technology can do is to try it. At Easy Text to Speech, we've created a TTS program that is convenient for companies of all sizes and types.

Simply upload your text and tell us what you want it to sound like. When we’ve converted your text to voice, we’ll give notification and deliver your audio as a zip file. Our process couldn't be easier, and it's free for up to 5,000 words.

You have nothing to lose—go ahead and give it a try today. 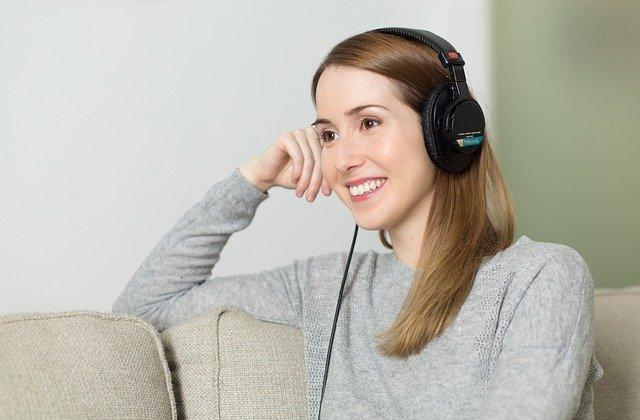 How to convert text to speech via EasyTTS.com

EasyTexttospeech.com is a free text to speech converter, that makes it super easy to convert any text into speech, with the most natural voices online possible. It works in 5 easy steps:

You'll be able to convert your text to speech for free, and you'll be able to upgrade to more humanlike voices, for just $2. Choose from US, British/UK, and Australian accents, with male and female voices.

That's it! Email us at team@easytts.com with questions, comments, concerns or suggestions!